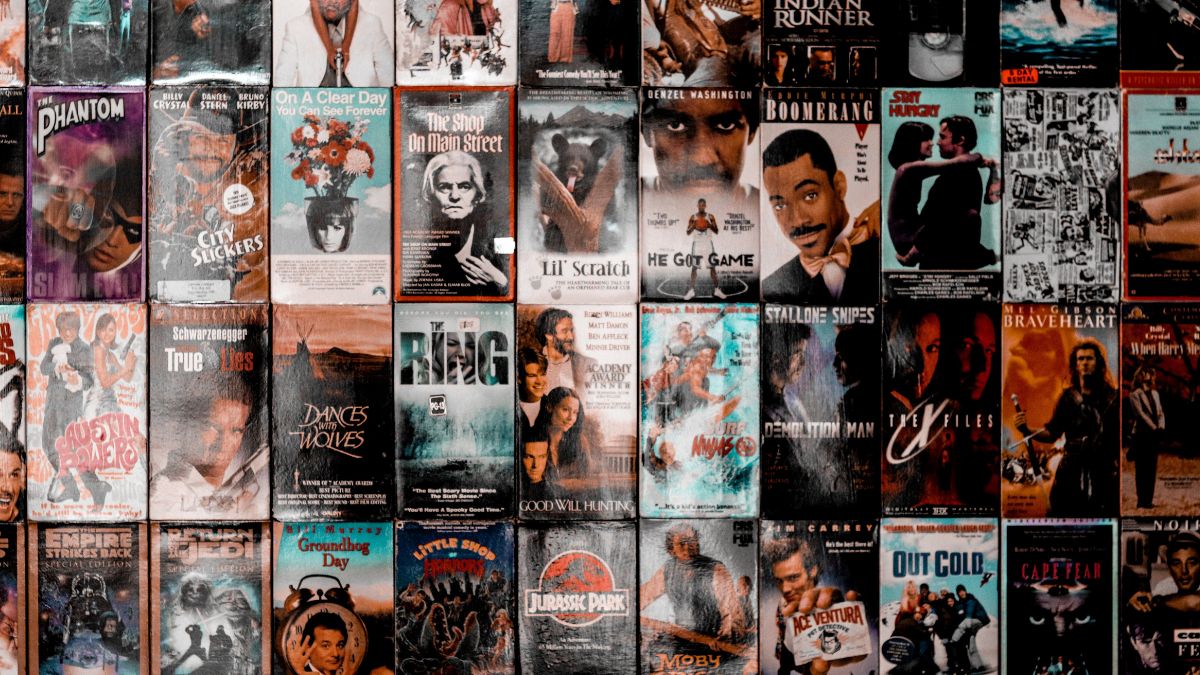 Here is the list of some best movie trivia questions and answers for you to test your knowledge about movies.

2. In Rogue One, what is the Empire removing from the holy city on Jedha? Answer: Kyber Crystals

3. In the Disney film The Little Mermaid, what does Ariel call the fork in her collection of human objects? Answer: Dinglehopper

4. What are the names of the stepsisters from Disney’s Cinderella? Answer: Anastasia & Drizella

5. What is a nickname for the Academy Awards? Answer: The Oscars

6. What is the current highest-grossing film of all time? Answer: Avenger: Endgame

7. What popular Disney character makes an appearance as a stuffed animal in the film Frozen? Answer: Mickey Mouse

8. What was the name of the boat in Jaws? Answer: Orca

9. What was the name of the character Jack Nicholson played in the film One Flew Over the Cuckoo’s Nest? Answer: Randle Patrick McMurphy

12. Which Disney movie was the first full-length, animated feature produced in the United States? Answer: Snow White and the Seven Dwarfs (1937)

13. Which film written, directed, and produced by James Cameron went on to become the highest-grossing film of its time? Answer: Titanic

14. Which James Bond movie was the first for Pierce Brosnan as 007? Answer: GoldenEye

15. Who played the voice of Dory in the film Finding Dory? Answer: Ellen DeGeneres

16. Who was the first actress to ever win an Academy Award? Answer: Janet Gaynor

17. Who was the first African American to win the Academy Award for best actor? Answer: Sidney Poitier

18. How many Academy Awards has actress Meryl Streep been nominated for, and how many has she won? Answer: She has been nominated 21 times and won 3 Oscars

19. How many hours did it originally take to get Jim Carrey to look like the Grinch for the film How the Grinch Stole Christmas? Answer: 8.5 hours

20. How many times was actor Leonard DiCaprio nominated for an Oscar before winning Best Actor in 2016? Answer: Six

21. How old was Indiana Jones when his mother died? Answer: 12

22. In The Fellowship of the Ring, what is the name of the ferry the hobbits use to escape the black riders? Answer: Bucklebury Ferry

23. In the film Rocky, what are Rocky’s pet turtles’ names? Answer: Cuff & Link

24. In which year were the Academy Awards first presented? Answer: 1929

25. What is Indiana Jones’ weapon of choice? Answer: A whip

26. What is the first song you hear in Disney’s The Lion King? Answer: “The Circle of Life”

27. What is the highest-grossing animated film in history? Answer: Frozen 2

28. What is the name of Repunzal’s chameleon in Disney’s movie Tangled? Answer: Pascal

29. What is the symbolism of the crow crowing three times in the Godfather movies? Answer: Death

30. What kind of flower was enchanted and dying in the movie Beauty and the Beast? Answer: A rose

31. What was Burt’s profession in Mary Poppins? Answer: Chimney Sweeper

33. Where was the entire trilogy of Lord of the Rings filmed? Answer: New Zealand

34. Which actor danced his way to fame in the original version of Footloose? Answer: Kevin Bacon

35. Which actor starred in the 1961 movie The Hustler? Answer: Paul Newman

36. Which actress won an Oscar for her first film role in Mary Poppins? Answer: Julie Andrews

37. Which Indiana Jones film sparked the controversy that led to the creation of the PG-13 rating? Answer: Temple of Doom

38. Which movie is the first non-English language film to win an Oscar for Best Picture? Answer: Parasite

39. Who starred in the original version of the film A Star is Born? Answer: Janet Gaynor & Fredric March

40. Who was the first solo female host of the Oscars? Answer: Whoopi Goldberg

41. Al Pacino plays the devil in Devil’s Advocate, but in which movie the devil is played by his ‘rival’, Robert De Niro? Answer: Angel Heart.

42. In what year was the film Good Will Hunting released? Answer: 1997

43. In which movie Michael Shannon and Ashley Judd portrays a couple that deals with the bug problem of a motel room? Answer: William Friedkin’s Bug.

44. In which movie the character awakens to a future where he’s the most intelligent person alive? Answer: Idiocracy.

45. What is Jack-Jack’s real name in The Incredibles? Answer: It’s John Jackson.

46. What is the name of one of the most acclaimed international directors that directed Snowpiercer, Okja and Paradise? Answer: Bong Joon Ho.

47. What is the song of the unforgettable generic scene of The Watchmen? Answer: The Times They Are a-Changing” by Bob Dylan. In real life, it’s your call. But it is drastically changed in this movie.

48. What is the very first animal seen in Disney’s The Lion King? Answer: Rhinoceros

49. What song Mr. Blonde was dancing to in the unforgettable torture scene in Tarantino’s Reservoir Dogs? Answer: “Stuck in the Middle with You” by Stealers Wheel.

50. Which comedian did not learn to swim before he was 55 although the pool that he has in his home? Answer: Chris Rock.

51. Which director is the only one with a completed trilogy on MCU? Answer: Jon Wattson with the freshest Spider-Man trilogy.

52. Which Don’t Look Up actor stated that the notion for the character was “What if Fyre Festival was a person?”? Answer: Jonah Hill for the Josan Orlean.

53. Which famous actor said, “I’m sorry my existence is not very noble or sublime.”? Answer: He’s Keanu Reeves. Who else could it be to say so, right?

54. Which masterpiece of film-noir movie’s tagline is “From the moment they met it was murder.”? Answer: Double Indemnity.

56. Which Tropic Thunder character was based on the combination of Russel Crowe, Daniel Day-Lewis and Colin Farrell? Answer: Kirk Lazarus, the sensational character that was portrayed by Robert Downey Jr.

57. Which Wes Anderson movie has been inspired by Akira Kurosawa’s movies? Answer: Isle of Dogs.

58. Who is the voice of Alex, the Lion in Madagascar? Answer: Ben Stiller.

59. For what movie did Steven Spielberg win his first Oscar for Best Director? Answer: Schindler’s List

61. In The Matrix, does Neo take the blue pill or the red pill? Answer: Red

62. In what 1950 drama does Bette Davis say, “Fasten your seatbelts; it’s going to be a bumpy night”? Answer: All About Eve

63. In what 1976 thriller does Robert De Niro famously say “You talkin’ to me?” Answer: Taxi Driver

64. The theme from The Third Man (also called “The Harry Lime Theme” was performed on what instrument? Answer: Zither

67. What flavor of Pop Tarts does Buddy the Elf use in his spaghetti in Elf?  Answer: Chocolate

68. What is the name of the courtesan played by Nicole Kidman in Moulin Rouge! Answer: Satine

69. What is the name of the iconic Chuck Berry song that was used in the twist dance scene in Pulp Fiction? Answer: “You Can Never Tell”. Take your shoes off while listening.

70. What TV show was Jack Nicholson referencing when he ad-libbed “Here’s Johnny!” in The Shining? Answer: The Tonight Show Starring Johnny Carson

71. What’s the name of the anthemic dance near the beginning of The Rocky Horror Picture Show? Answer: “The Time Warp”

72. What’s the name of the skyscraper in Die Hard? Answer: Nakatomi Plaza

73. Which female artist has the most Academy award? Answer: Edith Head has 8 Oscars for Costume Design.

74. Which movie has become the first film to cost $200 million and to earn more than $1 billion worldwide? Answer: James Cameron’s Titanic. What else could it be?

75. Who is one of the 6 directors that has won the Best Director Award with a debut movie? Answer: Sam Mendes with American Beauty.

76. Who is the youngest Best Actor Academy Award winner? Answer: Adrien Brody with his astonishing performance at The Pianist. He was 29.