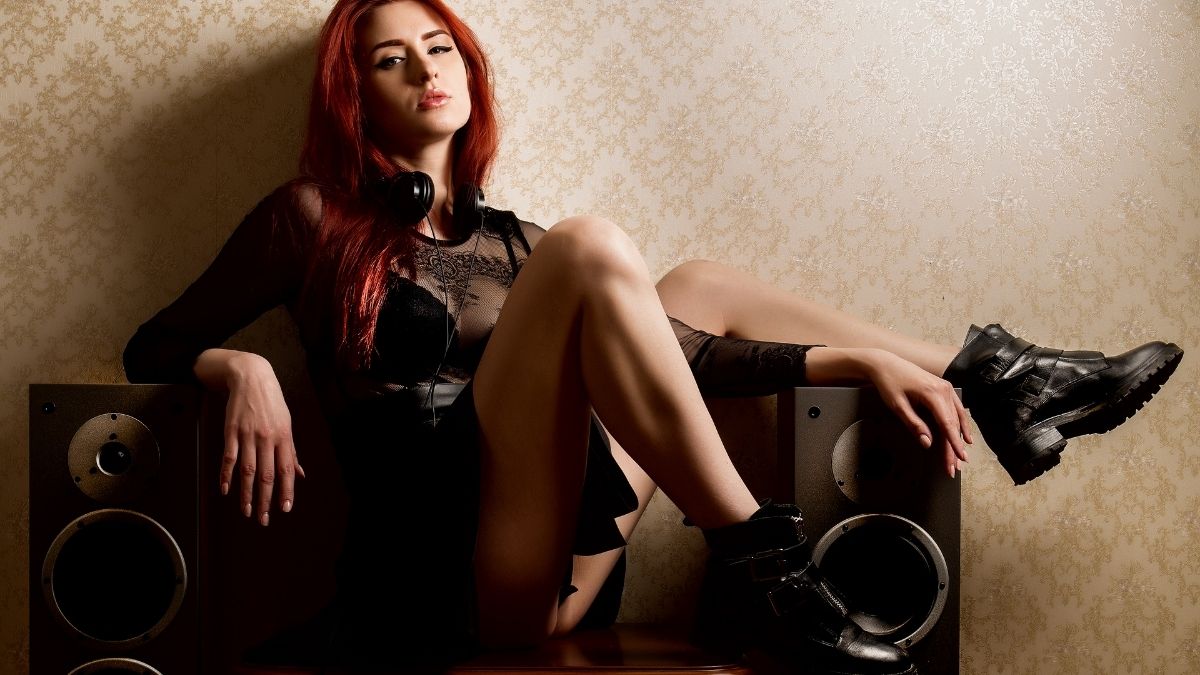 An arrogant person always thinks that he is the best. He can do everything. There isn’t any other person who is better than himself. These arrogance quotes will tell you that you should not be arrogant. It can pull you down. You will also know from these quotes that arrogance is madness. Apart from these arrogance quotes, you can also read other motivational quotes on art, attraction, age, and feeling alone quotes.

Here is a collection of inspirational arrogance quotes that will help you to never become an arrogant person.

1. “An arrogant man forever thinks he can do much more than he can.” ― Amit Kalantri

2. “Arrogance is an illusion of superiority one perpetrates upon themselves. Some may ultimately find their way through the illusion, but only after many losses.” ― Debra Crown

4. “Arrogance is the inability of a person to understand and accept different perspectives” ― Sukant Ratnakar

5. “Arrogance is the slow poison that eventually kills the knowledge.” ― Shubham Sanap

6. “Arrogant men show desperate determination to deny even the evidence to prove their prejudice.” ― Amit Kalantri

7. “When you look at racism, it’s nothing but pure arrogance, unintelligent and shallow minded in the minds and hearts of men.” ― Nurudeen Ushawu

8. “Whenever success and fame override our senses with greed, arrogance and delusion; it is a time to pause and reflect.” ― Aditya Ajmera

9. “You are only plagued with stress in moments of conflict because you are arrogant, and believe others are transgressing by having unfavorable thoughts about you.” ― Bryant McGill

10. “A fool is someone whose arrogance is only surpassed by his ignorance.” ― Orrin Woodward

12. “Arrogance created to project a self-image of superiority is the very trait that demonstrates to others deeply hidden inferiority.” ― Sam Owen

14. “Arrogance will kill anything and everything you ever possibly have.” ― Dominic Riccitello

16. “Fundamentalism is rooted in arrogance. It thrives in fear and control and darkness.” ― Michael Gungor

17. “Let your knowledge be your adviser and not your arrogance.” ― Amit Kalantri

18. “The best we can hope for is to be humble in our arrogance.” ― Neal Shusterman

19. “Anger and arrogance are defensive mechanisms that preclude self-evaluation. Humility is necessary for a person to step outside his or her own skin and objectively appraise oneself.” ― Kilroy J. Oldster

20. “Arrogance is full with perception of perfection, while maturity always has room for understanding and improvement.” ― Mehnaz Ansari

23. “He knows nothing; and he thinks he knows everything. That points clearly to a political career.” ― George Bernard Shaw

24. “Humility is the fundamental principle that builds up greatness. Arrogance on the other hand never brings anything good. When you are humble, you’ll learn to become better.” ― Israelmore Ayivor

26. “To become a better you, never let the attitude of pride linger around your ambitions.” ― Israelmore Ayivor

27. “Women have served all these centuries as looking glasses possessing the magic and delicious power of reflecting the figure of man at twice its natural size.” ― Virginia Woolf

28. “A solid answer to everything is not necessary. Blurry concepts influence one to focus, but postulated clarity influences arrogance.” ― Criss Jami

29. “Arrogance is in everything I do. It is in my gestures, the harshness of my voice, in the glow of my gaze, in my sinewy, tormented face.” ― Coco Chanel

30. “Arrogance is someone claiming to have come to Christ, but they won’t spend more than five minutes listening to your journey because they are more concerned about their own well-being, rather than being a true disciple of Christ. Blessed is the person that takes the time to heal and hear another person so they can move on.” ― Shannon L. Alder

31. “Arrogance on the part of the meritorious is even more offensive to us than the arrogance of those without merit: for merit itself is offensive.” ― Friedrich Nietzsche

32. “Confirming what you see as reality…is a true sign of your arrogance.” ― Lionel Suggs

33. “Simply minding one’s own business is more offensive than being intrusive. Without ever saying a word one can make a person feel less-than.” ― Criss Jami

34. “There are two circumstances that lead to arrogance: one is when you’re wrong and you can’t face it; the other is when you’re right and nobody else can face it.” ― Criss Jami

35. “You can’t let the truth bring out the worst and let it get the best of you.” ― Criss Jami

36. “You never really learn much from hearing yourself speak.” ― George Clooney

37. “A woman who holds her head up too high, is trying to breathe from her own pollution.” ― Suzy Kassem

38. “An exceedingly confident student would in theory make a terrible student. Why would he take school seriously when he feels that he can outwit his teachers?” ― Criss Jami

39. “Arrogance is shown in one’s respect for the truth.” ― Lionel Suggs

40. “Arrogance is thinking you are above someone else, Confidence is knowing no one is above you.” ― Habeeb Akande

42. “It’s much easier on the emotions when one sees life as an experiment rather than a struggle for popularity.” ― Criss Jami

43. “Money isn’t the solution to your problems. It only lets you carry your unhappiness around in style.” ― Shannon L. Alder

44. “Stupid people will mistake your confidence for arrogance.” ― Habeeb Akande

45. “The hated man is the result of his hater’s pride rather than his hater’s conscience.” ― Criss Jami

46. “Arrogance is blind to the stumbling block.” ― Toba Beta

47. “Arrogance is trying to convince others you’re more than who they know you are.” ― Bianca Frazier

49. “Arrogance makes you stronger from outside, but even weaker from inside.” ― Ujas Soni

51. “Love is the blind revelation of arrogance.” ― Lionel Suggs

55. “All the roads of the haughty man lead to arrogance!” ― Mehmet Murat ildan

56. “An ordinary man gets arrogant with beauty, conceited with knowledge and ruthless with power.” ― Amit Kalantri

57. “Any man who behaves arrogantly with what little he knows, or claims to know all, only reveals to all that he really knows nothing. Real greatness does not reside inside those who feel large. The truly wise are meek.” ― Suzy Kassem

58. “Arrogance and selfishness are not the only reasons behind our loneliness, but most often we used to be alone because of them.” ― M.F. Moonzajer

59. “Arrogance is the reflection of protection and privileges.” ― Sukant Ratnakar

60. “Confidence cannot escalate to arrogance, it only happens if the blood of pride is running through your veins.” ― Michael Bassey Johnson

61. “If we want there to be equity and acceptance, we must learn to trample first our own arrogance.” ― Abhijit Naskar

63. “Science is a form of arrogance control.” ― Carol Tavris

64. “A blend of stupidity and innocence can still win you, friends. However, stupidity and arrogance together will leave you lonely.” ― Sukant Ratnakar

65. “An arrogant person considers himself perfect. This is the chief harm of arrogance. It interferes with a person’s main task in life – becoming a better person.” ― Leo Tolstoy

66. “Early in life I had to choose between honest arrogance and hypocritical humility. I chose the former and have seen no reason to change.” ― Frank Lloyd Wright

67. “Learning and innovation go hand in hand. The arrogance of success is to think that what you did yesterday will be sufficient for tomorrow.” ― William Pollard

69. “Stupidity combined with arrogance and a huge ego will get you a long way.” ― Chris Lowe

70. “The arrogance of age must submit to be taught by youth.” ― Edmund Burke

71. “There is a very thin line between confidence and arrogance.” ― Adam Peaty

73. “Anyone who knows me well will tell you that arrogance is one of my flaws.” ― Randy Pausch

74. “I like to think that my arrogance, impetuosity, impatience, selfishness, and greed are the qualities that make me the lovable chap I am.” ― Richard Hammond

75. “I think there’s a fine line between confidence and arrogance.” ― Andrew Scheer

76. “I’m in favor of religion as a tamer of arrogance. For a Greek Orthodox, the idea of God as creator outside the human is not God in God’s terms. My God isn’t the God of George Bush.” ― Nassim Nicholas Taleb

78. “People can overlook any shortcoming, but they will not tolerate arrogance.” ― Sushma Swaraj

79. “Sometimes it’s difficult to accept, to recognize one’s own mistakes, but one must do it. I was guilty of overconfidence and arrogance, and I was punished for that.” ― Mikhail Gorbachev

80. “The truest characters of ignorance are vanity and pride and arrogance.” ― Samuel Butler

81. “You can have a certain arrogance, and I think that’s fine, but what you should never lose is the respect for the others.” ― Steffi Graf

83. “All too often arrogance accompanies strength, and we must never assume that justice is on the side of the strong. The use of power must always be accompanied by moral choice.” ― Theodore Bikel

84. “Arrogance generally is a bad thing, but with a band, somehow you have to have this gang mentality or this certain degree of arrogance to push forward an idea that’s new enough that people aren’t comfortable with it at first.” ― Mike D

85. “False modesty can be worse than arrogance.” ― David Mitchell

86. “I sometimes have an over-confidence that can be viewed as arrogance.” ― James Corden

87. “The arrogance of power must be undermined.” ― David Dellinger

88. “There is no place for arrogance or complacency in racing because you are up there one minute and on your backside the next.” ― Tony McCoy

89. “Timing and arrogance are decisive factors in the successful use of talent.” ― Marya Mannes 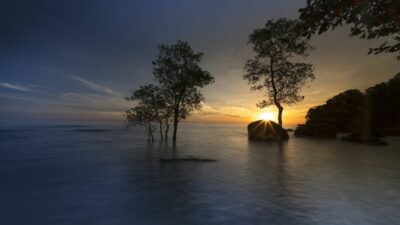 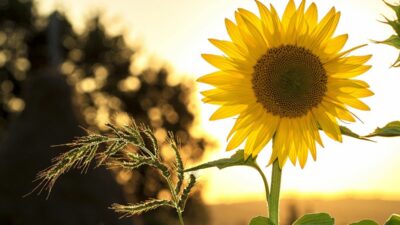 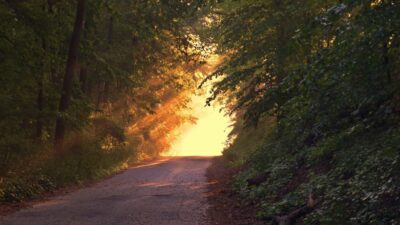 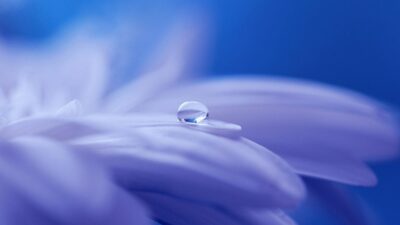 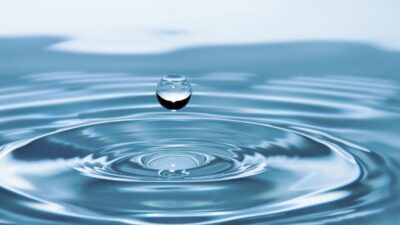 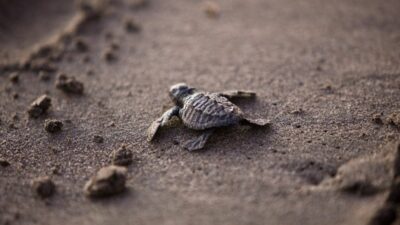