63 Best Bravery Quotes To Be A Courageous Person 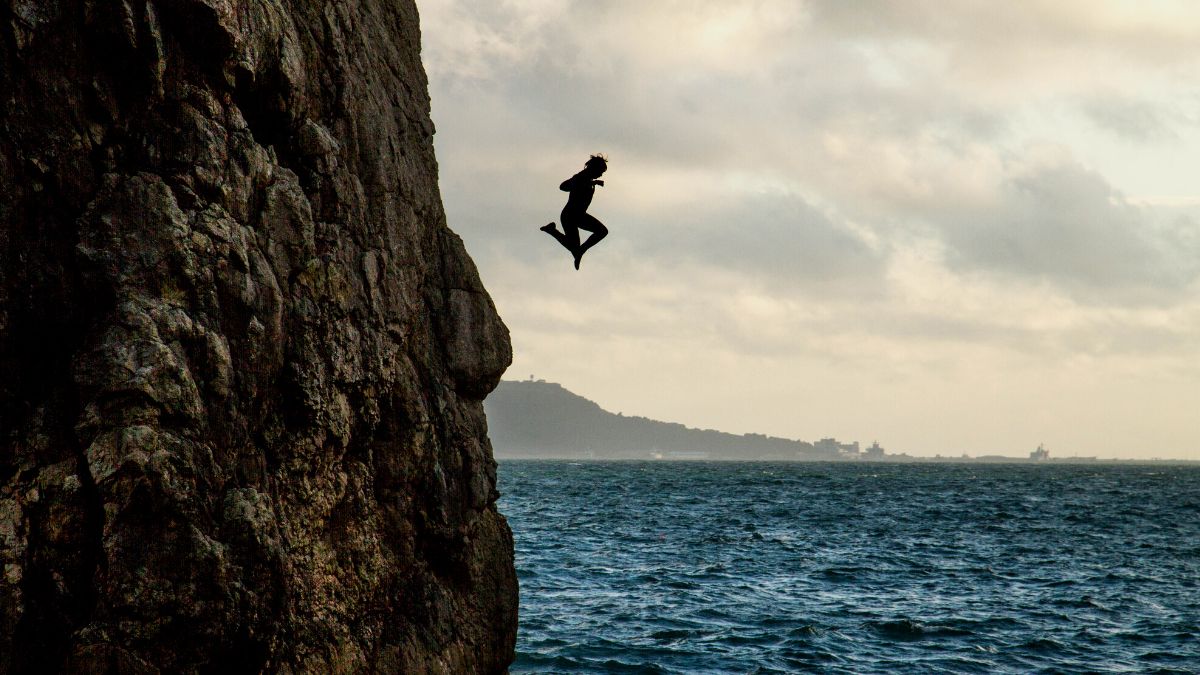 Get here the list of some best inspirational quotes about bravery that will motivate you to become a brave person.

1. “A brave man acknowledges the strength of others.” ― Veronica Roth

2. “Expose yourself to your deepest fear; after that, fear has no power, and the fear of freedom shrinks and vanishes. You are free.” ― Jim Morrison

5. “Don’t be afraid of your fears. They’re not there to scare you. They’re there to let you know that something is worth it.” ― C. JoyBell C.

6. “you can, you should, and if you’re brave enough to start, you will.” ― Stephen King

7. “I learned that courage was not the absence of fear, but the triumph over it. The brave man is not he who does not feel afraid, but he who conquers that fear.” ― Nelson Mandela

8. “No matter how long you train someone to be brave, you never know if they are or not until something real happens.” ― Veronica Roth

9. “The biggest adventure you can ever take is to live the life of your dreams.” ― Oprah Winfrey

10. “Keep in mind that many people have died for their beliefs; it’s actually quite common. The real courage is in living and suffering for what you believe.” ― Christopher Paolini

11. “Without fear there cannot be courage.” ― Christopher Paolini

12. “It is curious that physical courage should be so common in the world and moral courage so rare.” ― Mark Twain

14. “Every person has the power to change their fate if they are brave enough to fight for what they desire more than anything.” ― Stephanie Garber

16. “A chasm reminds us that there is a fine line between bravery and idiocy.” ― Veronica Roth

17. “The bravest thing I ever did was continuing my life when I wanted to die.” ― Juliette Lewis

18. “Courage is being scared to death, but saddling up anyway.” ― John Wayne

19. “To be brave is to love someone unconditionally, without expecting anything in return. To just give. That takes courage, because we don’t want to fall on our faces or leave ourselves open to hurt.” ― Madonna

20. “Living by faith includes the call to something greater than cowardly self-preservation.” ― J.R.R. Tolkien

21. “I believe that the most important single thing, beyond discipline and creativity is daring to dare.” ― Maya Angelou

22. “Don’t be afraid of being scared. To be afraid is a sign of common sense. Only complete idiots are not afraid of anything.” ― Carlos Ruiz Zafón

23. “You can’t be brave if you’ve only had wonderful things happen to you.” ― Mary Tyler Moore

24. “A coward is incapable of exhibiting love; it is the prerogative of the brave.” ― Mahatma Gandhi

27. “We believe in bravery. We believe in taking action. We believe in freedom from fear and in acquiring the skills to force the bad out of our world so that the good can prosper and thrive. If you also believe in those things, we welcome you.” ― Veronica Roth

29. “Bravery is a fleeting beast, isn’t it? Always there to get you into trouble, but quick to disappear once you’re where you want to be” ― Jennifer L. Armentrout

30. “If the highest aim of a captain were to preserve his ship, he would keep it in port forever.” ― Thomas Aquinas

31. “Bravery is not the absence of fear but the forging ahead despite being afraid” ― Robert Liparulo

32. “Destiny’s what you make of it. You have to face whatever life throws at you.” ― Darren Shan

33. “If you are too careful, you are so occupied in being careful that you are sure to stumble over something.” ― Gertrude Stein

35. “There is a great difference between being fearless and being brave.” ― Patrick Rothfuss

36. “Does it make you brave to stick your hand in a bear’s mouth? Would you do it again just because you didn’t die?” ― Robert Jordan

37. “This is your bravery test. You worked so hard and then a crazy-haired guy tells you to throw in a big ol’ tree on top of it all. Take a two-inch brush…” ― Bob Ross

38. “Brave doesn’t mean you’re not scared, Starr,” she says. “It means you go on even though you’re scared. And you’re doing that.” ― Angie Thomas

39. “You always have a choice. Making choices even when they scare you because you know it’s the right thing to do – that’s bravery.” ― Aisha Saeed

40. “Screw your courage to the sticking-place” ― William Shakespeare

41. “The world keeps hanging on to this idea that love is for the gullible. But nothing could be more wrong. Love is only for the brave.” ― Katherine Center

42. “We have to be braver than we think we can be, because God is constantly calling us to be more than we are.” ― Madeleine L’Engle

44. “Being brave means that knowing when you fail, you won’t fail forever.” ― Lana Del Rey

45. “Never throw the first punch. If you have to throw the second, try to make sure they don’t get up for a third.” ― Brandon Sanderson

46. “The bravest person I know is afraid of the dark. She sleeps with a night lamp always, but if her friends are threatened? She suddenly thinks she’s a bear twelve feet tall and attacks whoever scared her friends.” ― Tamora Pierce

47. “There are so many ways to be brave in this world. Sometimes bravery involves laying down your life for something bigger than yourself, or for someone else. Sometimes it involves giving up everything you have ever known, or everyone you have ever loved for the sake of something greater.” ― Veronica Roth

48. “If you’re waiting until you feel talented enough to make it, you’ll never make it.” ― Criss Jami

49. “When a brave man takes a stand, the spines of others are often stiffened.” ― Billy Graham

50. “You have to be the bravest person in the world to go out every day, being yourself when no one likes who you are.” ― Matthew Dicks

51. “A team is where a boy can prove his courage on his own. A gang is where a coward goes to hide.” ― Mickey Mantle

52. “Find what you are afraid of, face it, and then you won’t be afraid of it anymore.” ― Marilyn Manson

53. “Courage is the price that life exacts for granting peace.” ― Amelia Earhart

56. “Courage and perseverance have a magical talisman, before which difficulties disappear and obstacles vanish into air.” ― John Quincy Adams

57. “The likelihood that your acts of resistance cannot stop the injustice does not exempt you from acting in what you sincerely and reflectively hold to be the best interests of your community.” ― Susan Sontag

58. “Plants are more courageous than almost all human beings: an orange tree would rather die than produce lemons, whereas instead of dying the average person would rather be someone they are not.” ― Mokokoma Mokhonoana

59. “If you fear nothing, then you are not brave. You are merely too foolish to be afraid.” ― Laurell K. Hamilton

61. “Fearlessness is the first requisite of spirituality. Cowards can never be moral.” ― Mahatma Gandhi

62. “The best work that anybody ever writes is the work that is on the verge of embarrassing him, always.” ― Arthur Miller

63. “Courage only counts when you can count.” ― Suzanne Collins