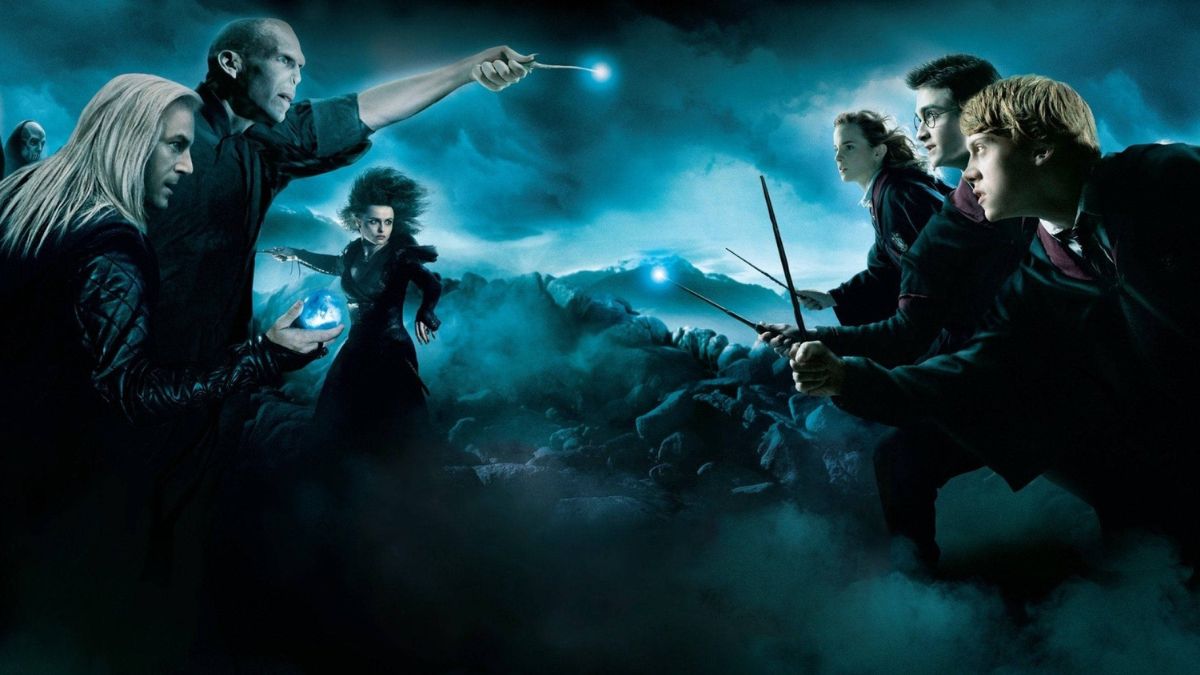 Get here the list of Harry Potter Trivia Questions And Answers to test your knowledge if you are a real Harry Potter lover or not?

1. How are students sorted into their houses? Answer: By the Sorting Hat.

2. How does Harry get the lightning bolt scar on his forehead? Answer: He got it as a baby when Voldemort tried to kill him.

3. How many staircases does Hogwarts have? Answer: 142.

6. What house is Harry Potter sorted into? Answer: Gryffindor.

7. What is Harry’s position on the Quidditch team? Answer: Seeker.

8. What is the name of the ghost who was killed by an axe? Answer: Sir Nicholas

10. What other house did Harry almost get sorted into? Answer: Slytherin.

11. What was the first name of the founder of Ravenclaw House? Answer: Rowena

12. What’s the name of the three-headed dog that guards the door to the Sorcerer’s Stone? Answer: Fluffy.

13. Where does Harry go to teach Dumbledore’s Army? Answer: The Room of Requirement.

14. Who does Scabbers the rat turn out to be? Answer: Peter Pettigrew.

15. Who is the Half-Blood Prince? Answer: Snape.

17. Why does Snape protect Harry? Answer: He was in love with his mother, Lily.

18. Why was Harry put into that house? Answer: He asked to be put there.

19. How do you close the Marauder’s Map? Answer: “Mischief Managed.”

20. How does Harry catch his first snitch? Answer: With his mouth.

23. How was Hermione able to take extra lessons? Answer: A Time-Turner.

26. What does Felix Felicis do? Answer: Gives the person who drinks it good luck for 12 hours.

27. What does Prof. Lupin offer Harry to make him feel better when the Dementors try to attack him? Answer: Chocolate.

28. What does the map do? Answer: Shows you the location and movement of everyone in Hogwarts.

29. What does the Sorting Hat list as two characteristics of most Ravenclaws? Answer: Wit and learning.

30. What Horcrux is a small golden cup with two finely-wrought handles with a badger engraved on the side and a few jewels. Answer: Hufflepuff’s Cup

31. What is the name of the room Harry uses to teach Dumbledore’s Army? Answer: The Room of Requirement

32. What kind of dragon does Harry fight during the Tri-Wizard cup? Answer: A Hungarian Horntail.

33. What magical creature pulls students the carriages that take students from the Hogwarts Express to Hogwarts? Answer: Thestrals.

34. What position does Harry play on his Quidditch Team? Answer: Seeker

35. What sort of power do Dementors have? Answer: They’re able to drain people of their happiness.

36. What wizards are trained to catch dark wizards? Answer: Aurors.

38. Where are the Hufflepuff common rooms? Answer: Next to the kitchen.

39. Where are the Slytherin common rooms located? Answer: The Dungeon.

40. Who is the Hufflepuff house ghost? Answer: The Fat Friar

41. Who is Tom Riddle? Answer: A young Lord Voldemort.

42. Who was Hogwarts’s headmaster when the Chamber of Secrets was opened for the first time? Answer: Armando Dippet

43. Why was being able to speak parseltongue especially troubling to Harry? Answer: Voldemort was also a parselmouth.

44. According to the Sorting Hat, what qualities does Ravenclaw possess? Answer: Wit and learning

45. Before his second year at Hogwarts, how do the Weasley’s save Harry from the Dursley’s house? Answer: A flying car

47. What are the first names of Voldemort’s parents? Answer: Tom and Merope

49. What caused Dumbledore’s hand to be blackened and shriveled? Answer: Marvolo Gaunt’s ring (A Horcrux)

50. What does the Imperius Curse do? Answer: Controls the action of another

51. What is it customary for wizard-kind to do before dueling? Answer: Bow

53. What is the name of Albus Dumbledore’s brother? Answer: Aberforth

54. What is the name of the train station that services Hogwarts School? Answer: Hogsmeade Station

55. What was the name of Hermione Granger’s pet cat? Answer: Crookshanks

56. What was the name of the brothers who created the Deathly Hallows? Answer: Peverell brothers

57. Where is Azkaban fortress located? Answer: The North Sea

58. Where is the Slytherin common room located? Answer: The dungeons

59. Which creatures pull the carriages that take students from the Hogwarts Express to the Castle? Answer: Thestrals

60. According to Fred and George Weasley, how many passages are there from Hogwarts to Hogsmeade? Answer: 7

61. Harry wins a vial of what potion from Professor Slughorn? Answer: Felix Felicis

62. Mistletoe is often infested with what magical creature? Answer: Nargles

63. What animal does James Potter transfigure into? Answer: Stag

64. What are the first names of the Hogwart’s founders? Answer: Godric (Gryffindor), Salazar (Slytherin), Helga (Hufflepuff), and Rowena (Ravenclaw)

65. What are the four houses that Hogwart’s Students are sorted into? Answer: Gryffindor, Slytherin, Hufflepuff, and Ravenclaw

66. What are the last three words in Harry Potter and the Deathly Hallows? Answer: “All was well.”

67. What are the three types of wizard coins in order of value? Answer: Knut, Sickle, Galleon

70. What do Hermione’s muggle parents do for a living? Answer: Dentists

71. What does Dumbledore leave Ron in his will? Answer: Deluminator

72. What does Dumbledore tell Harry he sees in the Mirror of Erised? Answer: Thick woolen socks

73. What does the acronym S.P.E.W. stand for? Answer: Society for the Promotion of Elfish Welfare

74. What Hogwarts house did Moaning Myrtle belong to? Answer: Ravenclaw

77. What is the name of Harry Potter’s pet owl? Answer: Hedwig

78. What is the spell to disarm an opponent? Answer: Expelliarmus

79. What plant traps Harry, Ron, and Hermione on their way to get the Philosopher’s Stone? Answer: Devil’s Snare

81. Which department does Arthur Weasley work for at the Ministry of Magic? Answer: Misuse of Muggle Artifacts Office

82. Who did Draco Malfoy learn Occlumency from? Answer: Bellatrix Lestrange

85. Who revealed to Lily Potter that she was a witch? Answer: Severus Snape

87. Why was Fenrir Greyback not allowed to become an official Death Eater? Answer: Because he is a werewolf 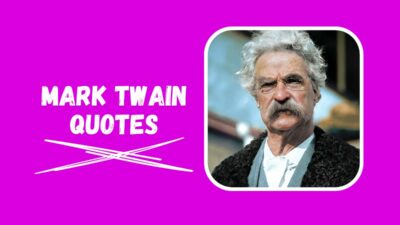 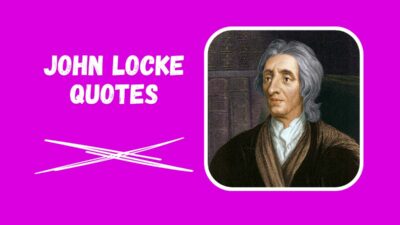 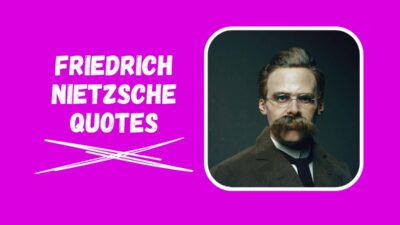 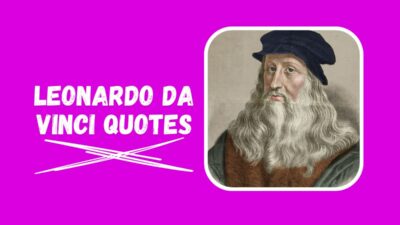 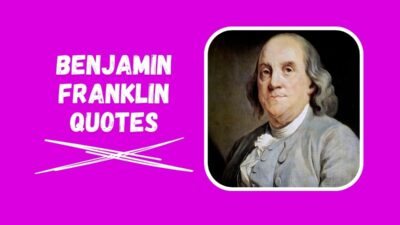