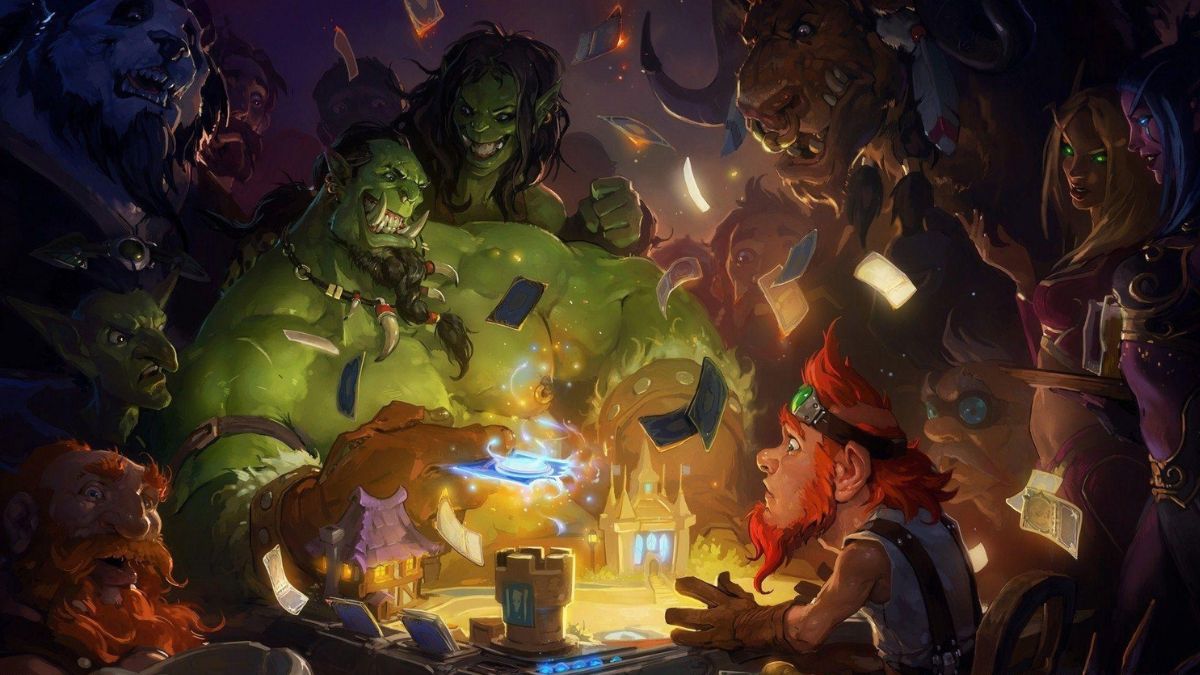 If you are a Hearthstone game lover then here is the list of hearthstone trivia questions and answers for you to test your knowledge.

2. How many mana crystals does the ‘Truesilver Champion’ weapon cost? Answer: 4.

3. How much HP does the Northshire Cleric have? Answer: 3.

4. What is the ‘Auchenai Soulpriest’s’ ability until it dies? Answer: Healing becomes damage.

5. What is the epic ‘Shadow Bomber’s’ battle cry? Answer: Deal 3 damage to each hero.

6. What is the name of the card that can grant a minion the same attack as its health? Answer: Inner Fire.

7. What is the name of the card whose battle cry is to take a enemy minion with 2 attack or less? Answer: Cabal Shadow Priest.

8. What is the name of the Paladin’s second legendary minion with 1 attack and 7 health and gains +1 attack (while in your hand) every time one of your minions die? Answer: Bolvar Fordragon.

9. What is the name of your hero power? Answer: Lesser Heal.

10. What is the name of your hero? Answer: Anduin Wyrnn.

11. What is Tirion Fordrings’ famous entrance statement? Answer: “Put your faith in the light”.

12. Does Spell Power (on Paladin’s side) affect damage dealt by the eye-for-an-eye Secret? Answer: No. Since the Secrets are considered Spells, their damage is affected by the Spell Power. What’s worth noting is that the Spell Power bonuses are counted when the Secret is procced, not when it’s used.

13. How does ‘Hand of Protection’ affect a minion? Answer: Gives it Divine Shield.

14. If a minion that already attacked this turn is given Windfury (for example by windspeaker or enhance-o-mechano) – can it attack one more time? Answer: Yes, it can.

15. Is there a minion that can attack more than 2 times per turn? Answer: Yes – V-07-TR-0N. When it comes to collectible minions, there is none. But if you meet the conditions on mimirons-head, at the start of your next turn you spawn v-07-tr-0n – a minion with Mega-Windfury. He is able to attack 4 times per turn.

17. Under what conditions a minion with Stealth gets unstealthed – when it receives damage, deals damage or both? Answer: Deals damage. Minions only lose Stealth once they deal damage to something: by attacking it, by being attacked and hitting it back (e.g. by ogre-brute missing the original target and attacking minion in Stealth) or by their effects. Popping a Divine Shield is also considered as dealing damage. So, for example, if you holy-nova enemy stranglethorn-tiger, it stays in Stealth. But if you Stealth your knife-juggler and play another minion, activating the card’s ability, Knife Juggler gets out of Stealth because he has dealt damage with its effect.

18. What happens when you use crazed-alchemist‘s Battlecry on a minion with 0 attack (e.g. doomsayer)? Answer: Since you change the minion’s health to 0, it instantly dies.

19. What is the epic quality card that costs 8 mana crystals, restores 8 health to a character AND draws you three cards called? Answer: Lay on Hands.

20. When you Silence the ancient-of-war in Rooted form (+5 Health and Taunt), he becomes a 5/5 minion. What happens when you silence druid-of-the-claw in Bear Form (+2 Health and Taunt)? Answer: It becomes a 4/6, non taunted. When it comes to the Ancient of War, the +5 Attack or Health is considered a buff, thus it goes away when Silenced. With Druid of the Claw, both forms are different minions, not buffs. The Bear Form is a 4/6 minion with Taunt, so it stays a 4/6 and only the Taunt gets removed.

21. Which card is called ‘HoW’ when abbreviated? Answer: Hammer of Wrath.