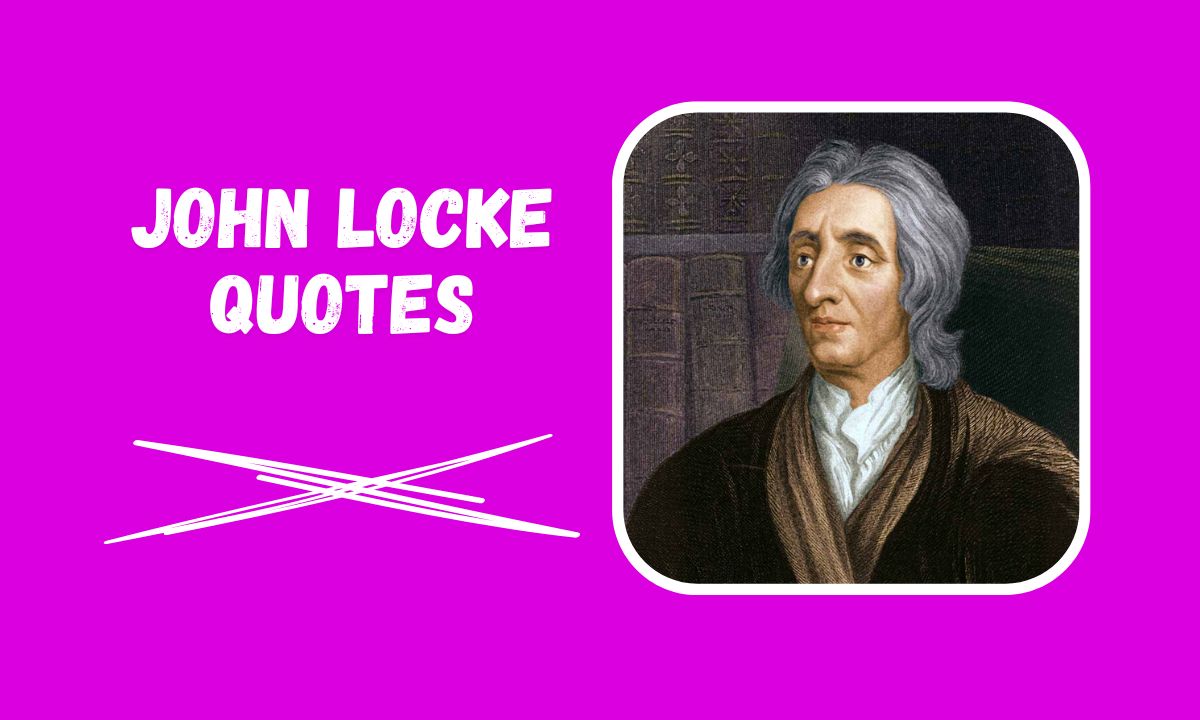 Get here some best inspirational John Locke Quotes about self, freedom, government, education, and human nature to know the philosophy of life.

1. “I have always thought the actions of men the best interpreters of their thoughts.” ― John Locke

2. “Parents wonder why the streams are bitter when they themselves poison the fountain.” ― John Locke

3. “A sound mind in a sound body is a short, but full description of a Happy state in this World: he that has these two, has little more to wish for; and he that wants either of them, will be little better for anything else.” ― John Locke

4. “One unerring mark of the love of truth is not entertaining any proposition with greater assurance than the proofs it is built upon will warrant.” ― John Locke

5. “Education begins the gentleman, but reading, good company, and reflection must finish him.” ― John Locke

6. “Being all equal and independent, no one ought to harm another in his life, health, liberty, or possessions.” ― John Locke

7. “To love truth for truth’s sake is the principal part of human perfection in this world and the seed-plot of all other virtues.” ― John Locke

8. “There is frequently more to be learned from the unexpected questions of a child than the discourses of men.” ― John Locke

9. “To prejudge other men’s notions before we have looked into them is not to show their darkness but to put out our own eyes.” ― John Locke

10. “New opinions are always suspected, and usually opposed, without any other reason but because they are not common.” ― John Locke

11. “New opinions are always suspected, and usually opposed, without any other reason but because they are not already common.” ― John Locke

12. “We are like chameleons, we take our hue and the color of our moral character, from those who are around us.” ― John Locke

13. “Reading furnishes the mind only with materials of knowledge; it is thinking that makes what we read ours.” ― John Locke

14. “Nothing is in the intellect that was not first in the senses.” ― John Locke

15. “When we find out an Idea, by whose Intervention we discover the Connexion of two others, this is a Revelation from God to us, by the voice of Reason.” ― John Locke

16. “The great question which, in all ages, has disturbed mankind, and brought on them the greatest part of their mischiefs … has been, not whether be power in the world, nor whence it came, but who should have it.” ― John Locke

17. “Liberty is not an Idea belonging to Volition, or preferring; but to the Person having the Power of doing, or forbearing to do, according as the Mind shall chuse or direct.” ― John Locke

18. “Men living together according to reason, without a common superior on earth, with authority to judge between them, is properly the state of nature.” ― John Locke

19. “Reverie is when ideas float in our mind without reflection or regard of the understanding.” ― John Locke

20. “Truths are not the better nor the worse for their obviousness or difficulty, but their value is to be measured by their usefulness and tendency.” ― John Locke

21. “The law of faith then, in short, is for everyone to believe what God requires him to believe, as a condition of the covenant he makes with him: and not to doubt of the performance of his promises.” ― John Locke