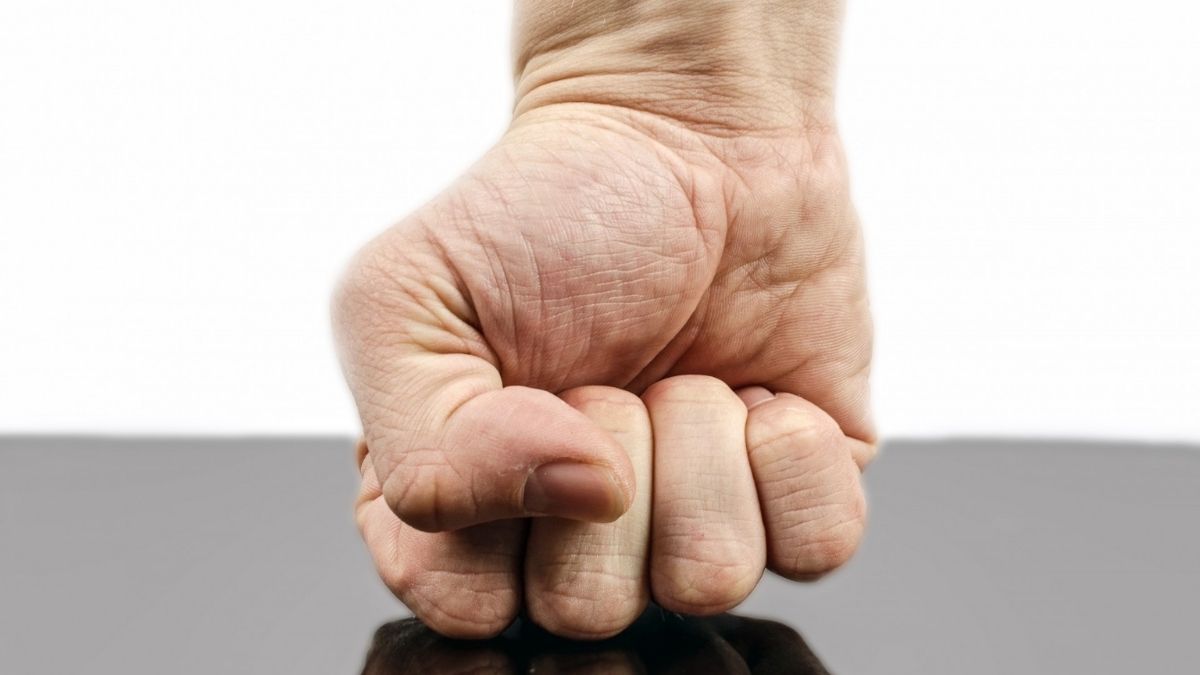 Anger doesn’t solve anything and nothing can be gained from it. According to Mahatma Gandhi, “anger and intolerance are the enemies of right understanding”. Find here the list of some managing anger quotes to control your anger emotion. Apart from these managing anger quotes, you can also read our other motivational quotes natural beauty, life lessons, present moment quotes, and meaningful life quotes.

1. “A man that studieth revenge keeps his own wounds green.” ― Francis Bacon

2. “A man who has never made a woman angry is a failure in life.” ― Christopher Morley

3. “A man who has not passed through the inferno of his passions has never overcome them.” ― Carl Jung

4. “A void in my chest was beginning to fill with anger. Quiet, defeated anger that guaranteed me the right to my hurt, that believed no one could possibly understand that hurt.” ― Rachel Sontag

5. “Anger and intolerance are the enemies of correct understanding.” ― Mahatma Gandhi

7. “Anger begins with folly, and ends with repentance.” ― Pythagoras

8. “Anger does not solve anything; it builds nothing.” ― Thomas S. Monson

9. “Anger dwells only in the bosom of fools.” ― Albert Einstein

10. “Anger is a momentary madness, so control your passion or it will control you.” ― G. M. Trevelyan

11. “Anger is a valid emotion. It’s only bad when it takes control and makes you do things you don’t want to do.” ― Ellen Hopkins

12. “Anger is a wind which blows out the lamp of the mind.” ― Robert Green Ingersoll

13. “Anger is an acid that can do more harm to the vessel in which it is stored than to anything on which it is poured.” ― Mark Twain

14. “Anger is an expensive luxury in which only men of certain income can indulge.” ― George William Curtis

15. “Anger is stupid, and stupidity will kill you more surely than your opponent’s blade.” ― Patricia Briggs

17. “Anger is the privilege of the truly broken, and yet, I’ve never met a woman who was broken enough that she allowed herself to be angry.” ― Lyz Lenz

18. “Anger is the wind which blows out the lamp of the mind.” ― Bodie Thoene

19. “Anger is useful only to a certain point. After that, it becomes rage, and rage will make you careless.” ― Lauren Oliver

20. “Anger makes you smaller, while forgiveness forces you to grow beyond what you are.” ― Cherie Carter-Scott

21. “Anger, if not restrained, is frequently more hurtful to us than the injury that provokes it.” ― Lucius Annaeus Seneca

22. “Anger, resentment, and jealousy doesn’t change the heart of others– it only changes yours.” ― Shannon Alder

23. “Anger’s like a battery that leaks acid right out of me And it starts from the heart until it reaches my outer me” ― Criss Jami

26. “Anybody can become angry – that is easy, but to be angry with the right person and to the right degree and at the right time and for the right purpose, and in the right way – that is not within everybody’s power and is not easy.” ― Aristotle

28. “Beware of him that is slow to anger; for when it is long coming, it is the stronger when it comes, and the longer kept. Abused patience turns to fury.” ― Francis Quarles

29. “Bitter people are not interested in what you say, but what you hide.” ― Shannon L. Alder

30. “Bitterness is like cancer. It eats upon the host. But anger is like fire. It burns it all clean.” ― Maya Angelou

31. “Conquer the angry one by not getting angry; conquer the wicked by goodness; conquer the stingy by generosity, and the liar by speaking the truth.” ― Siddhārtha Gautama

34. “Do not grieve so much for a husband lost that it wastes away your life.” ― Euripides

35. “Don’t hold to anger, hurt, or pain. They steal your energy and keep you from love.” ― Leo Buscaglia

36. “Don’t waste your time in anger, regrets, worries, and grudges. Life is too short to be unhappy.” ― Roy T. Bennett

38. “For every minute you remain angry, you give up sixty seconds of peace of mind.” ― Ralph Waldo Emerson

39. “Grab the broom of anger and drive off the beast of fear.” ― Zora Neale Hurston

40. “Hatred is an affair of the heart; contempt that of the head.” ― Arthur Schopenhauer

41. “He who angers you conquers you.” ― Elizabeth Kenny

42. “Holding on to anger is like grasping a hot coal with the intent of throwing it at someone else; you are the one who gets burned.” ― Buddha

45. “I would not look upon anger as something foreign to me that I have to fight… I have to deal with my anger with care, with love, with tenderness, with nonviolence.” ― Thich Nhat Hanh

46. “If you are driven by fear, anger, or pride nature will force you to compete. If you are guided by courage, awareness, tranquility, and peace nature will serve you.” ― Amit Ray

47. “If you get down and quarrel every day, you’re saying prayers to the devil, I say.” ― Bob Marley

48. “If you spend your time hoping someone will suffer the consequences for what they did to your heart, then you’re allowing them to hurt you a second time in your mind.” ― Shannon L. Alder

49. “If you try to get rid of fear and anger without knowing their meaning, they will grow stronger and return.” ― Deepak Chopra

50. “In times of great stress or adversity, it’s always best to keep busy, to plow your anger and your energy into something positive.” ― Lee Iacocca

52. “Keep your temper. A decision made in anger is never sound.” ― Ford Frick

53. “Let us not look back in anger, nor forward in fear, but around in awareness.” ― James Thurber

54. “Life is so short. The only person you hurt when you stay angry or hold grudges is you. Forgive everyone, including yourself.” ― Tom Giaquinto

55. “Life’s not that simple. Not so easy to move on when the anger you’ve got is what keeps you going.” ― Rachel Ward

57. “People won’t have time for you if you are always angry or complaining.” ― Stephen Hawking

58. “Sensitive people usually love deeply and hate deeply. They don’t know any other way to live than by extremes because their emotional thermostat is broken.” ― Shannon L. Alder

59. “Silence is one of the hardest arguments to refute.” ― Josh Billings

60. “Sometimes I just want to paint the words “It’s my fault” across my forehead to save people the time of being pissed off at me.” ― Christina Westover

61. “Speak the truth do not become angered and give when asked, even be it a little. By these three conditions one goes to the presence of the gods.” ― Buddha

62. “Speak when you are angry and you will make the best speech you will ever regret.” ― Ambrose Bierce

64. “The greatest remedy for anger is a delay.” ― Thomas Paine

65. “The opposite of anger is not calmness, its empathy.” ― Mehmet Oz

66. “There are two things a person should never be angry at, what they can help, and what they cannot.” ― Plato

67. “To be angry is to revenge the faults of others on ourselves.” ― Alexander Pope

68. “Violence is the last refuge of the incompetent.” ― Isaac Asimov

69. “Whatever is begun in anger ends in shame.” ― Benjamin Franklin

70. “When anger rises, think of the consequences.” ― Confucius

71. “When angry count to ten before you speak. If very angry, count to one hundred.” ― Thomas Jefferson

73. “When one burns one’s bridges, what a very nice fire it makes.” ― Dylan Thomas

74. “When you are angry try your best to go to sleep, it keeps you away from speaking, writing, and thinking while you are angry.” ― Amit Kalantri

75. “When you are offended at any man’s fault, turn to yourself and study your own failings. Then you will forget your anger.” ― Epictetus

76. “Where there is anger there is always pain underneath.” ― Eckhart Tolle

77. “While seeking revenge, dig two graves – one for yourself.” ― Douglas Horton

78. “Working with him was sort of like trying to defuse a bomb with somebody standing behind you and every now and then clashing a pair of cymbals together. In a word, upsetting.” ― Stephen King 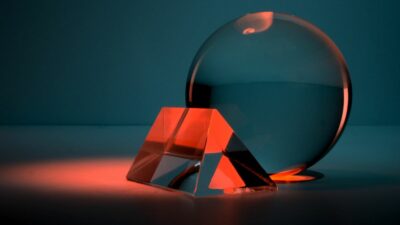 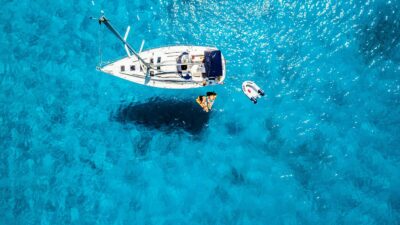 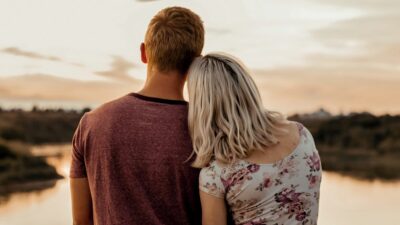 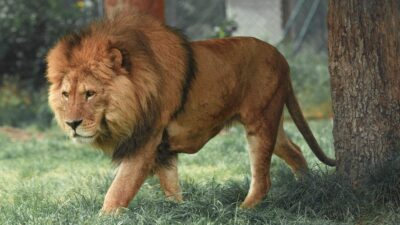 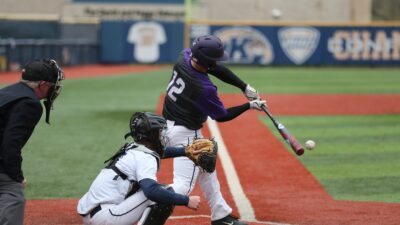 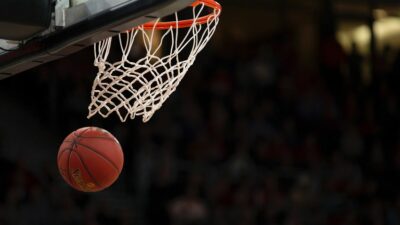