66 The Office Trivia Questions And Answers 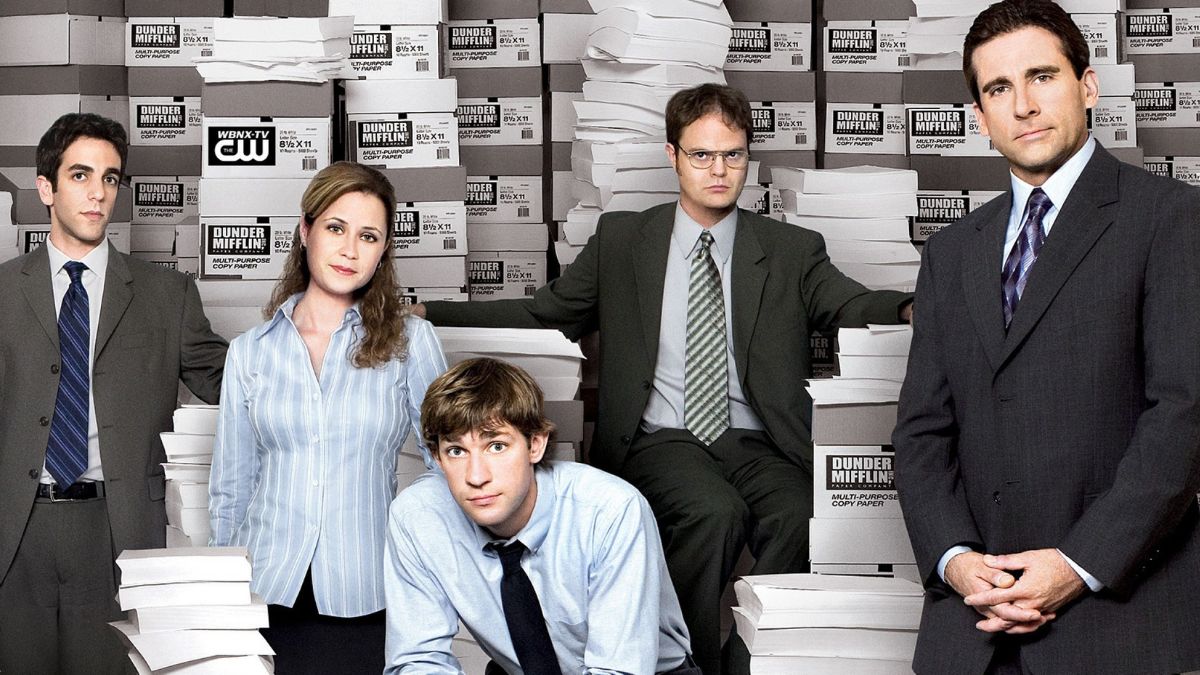 Get here the list of some best ‘The Office’ trivia questions and answers.

1 to 22 The Office Trivia Questions

1. How does Michael burn his foot? Answer: On a George Foreman Grill.

2. Pam convinces which coworker that he’s being recruited by the CIA? Answer: Dwight.

3. What cause does Michael use for the fun run? Answer: Rabies.

4. What do Pam and Angela both want to name their babies? Answer: Phillip.

5. What does Pam steal in the first season? Answer: Post-It notes.

6. What is Michael’s reaction? Answer: He pretends to fire her.

Get: Best Trivia Questions for kids

7. What is Michael’s real order at Hooters? Answer: A gourmet hot dog.

8. What is Michael’s username for the dating site? Answer: Little Kid Lover.

9. What item of clothing does Michael always have dry cleaned? Answer: His jeans.

14. Who does Michael hit with a car? Answer: Meredith.

15. Who does Michael wear on his head during diversity day? Answer: Martin Luther King, Jr.

16. Who stole all of Michael’s blue jeans when he was a kid? Answer: His family’s foreign exchange student.

17. Why is Michael afraid to move to Colorado? Answer: The television channels will be in the wrong order.

18. According to Michael, what was Phyllis’ nickname in high school? Answer: Easy Rider.

19. Dwight keeps what in his car for special occasions? Answer: Birkenstocks.

20. Dwight’s grandparents left him a large collection of what? Answer: Armoires.

21. How does Stanley take his iced tea? Answer: Three sugars and five creams.

22. What color does Dwight paint Michael’s office when he thinks he’s taking over? Answer: Black.

23 to 44 The Office Trivia Questions

23. What did Kevin buy for his secret Santa? Answer: A footbath.

24. What does Dwight say is the scariest animal? Answer: Box Jellyfish.

26. What does Kevin wear on his feet to Jim and Pam’s wedding? Answer: Tissue boxes.

27. What does Stanley give to Phyllis when he returns from retirement? Answer: A wood carving of a bird that looks like her.

28. What does Stanley typically do during meetings? Answer: Crossword puzzles.

29. What food is Kevin forced to eat? Answer: Broccoli.

30. What is Dwight’s all-time favorite movie? Answer: The Crow.

32. What is the secret symbol Dwight and Michael use? Answer: Licking their lips.

33. What is the worst thing about prison, according to Prison Mike? Answer: The Dementors.

34. What kind of car does Dwight drive? Answer: A Trans Am.

35. Who can raise and lower his cholesterol at will? Answer: Dwight.

36. Who described a wine as having an “oaky afterbirth?” Answer: Michael.

37. Who did Kevin get for his secret Santa? Answer: Himself.

38. Who does Stanley’s daughter flirt with on, Take Your Daughter To Work Day? Answer: Ryan.

39. Who is Henrietta? Answer: Dwight’s porcupine.

40. Who tells Michael, “Nobody likes that stuff but you,” and what are they talking about? Answer: Stanley and white chocolate bark.

41. Angela Kingsley, AKA Angela Martin, was turned down for what Office role due to coming across as ‘too feisty’? Answer: Pam Beesley.

42. How many nominations has the show received for a Primetime Emmy Award? Answer: 42.

43. In what season does Erin Hannon take over as receptionist? Answer: 5.

44. In what season does Jim finally propose to Pam? Answer: 5; this was apparently the most expensive scene ever filmed for the show.

45 to 66 The Office Trivia Questions

45. In what series does Andy Bernard join The Office? Answer: 3.

46. Scrantonicity is a band that which Office character is a part of? Answer: Kevin Malone.

48. What does Angela use instead of a rape whistle? Answer: A “rape flute.”

50. What is the name of the company The Office employees work for? Answer: Dunder Mifflin.

51. What is the name of the unseen serial criminal in Scranton? Answer: The Scranton Strangler.

52. What type of company is it? Answer: Paper Company.

53. What was the name of Pam’s first fiance? Answer: Roy Anderson.

54. What was the name of the building’s security guard? Answer: Hank.

55. What was unique about the auditioning process? Answer: Actors didn’t read scripts, instead answering questions in the form of the character’s role they were being interviewed for.

56. When are we introduced to temp Office member Ryan Howard? Answer: Pilot episode, 1.

58. Where does Jim propose to Pam? Answer: A gas station.

59. Where does Jim tell Pam about his feelings? Answer: The office parking lot.

60. Which character lives with many cats? Answer: Angela.

61. Which of Angela’s cats does Dwight freeze? Answer: Sprinkles.

62. Who adapted the series from its UK format to fit with US television? Answer: Greg Daniels.

63. Who has a porcupine named Henrietta? Answer: Dwight Shrute.

65. Who was the foreman of the warehouse? Answer: Darryl Philbin.

66. Who will be seen doing crosswords during the many, many meetings? Answer: Stanley.